SECTORS OF THE NAUTILUS
(explained below)

Captain Nemo never figured on this!! What a superb collection of over 120 climbs! 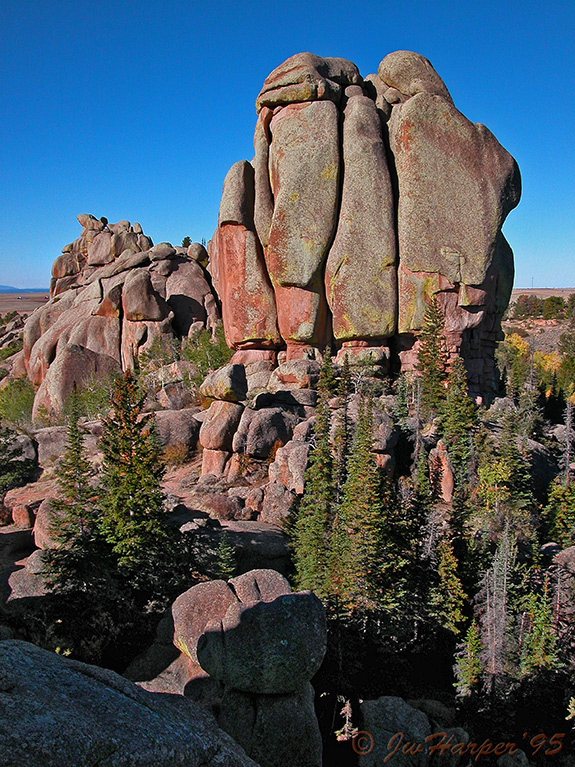 This formation did not have a name for a long time. It was broken down into ‘subdivisions’ like the ‘Ted’s Trot Area’, named for the first ascent on that particular part of the formation establishing the route ‘Ted’s Trot’ (FA: 5-18-56, Grove Way, Ted Nast, Dan Doody and Andy Ryan). The northeastern end was known as ‘P. O. Pinnacle’ and included from the Friday the 13th Alcove to the Prow. It was named for a route on top of the formation leading to the summit (the P. O. Pinnacle Route), ending with a ‘strenuous finish’ up the infamous chimney known as the ‘Thin Man’ (FA: Vern Anderson, Russ Heines, Rex Rogers, Margaret Holsapple and Shirley Briston, 4-4-53). By 1971, there were about 15 climbs documented on the formation, some of which still retain the original names such as H&H Grunt, the first pitch of Friday the 13th, Left and Right Parallel Space and ‘The Slot’. One climb called (at that time) NIGHT MARE #1 (FA: May, 1970, mark Chapman, Jeb Schenk and Joe Frechette – known today as Left Torpedo Tube) definitely foretold what was to come …….. classic, hard, formidable offwidth.

Now ratchet forward about 30 years and we find an exceptional, splendid crag nestled within pristine surroundings boasting over 120 established routes ranging from cracks to face to sport climbs at all levels of difficulty. No less than 20 climbs are considered classics and on weekends, you better get here early (see shot of Friday 13th Alcove below). It could almost be a destination area in and of itself. The formation is easily divided (subjectively) into more modern ‘sectors’ that help to make sense out of the formation and location of routes easier. And oh yes, it did acquire a name. During the late 70’s, Paul Piana began referring to the entire thing as the “Nautilus” (after Jules Verne’s Classic ‘20,000 Leagues Under the Sea’) because it reminded him of a submarine doing a “power breeching maneuver”, especially when viewed from I-80 coming northwestward across from Buford. The name just seemed to stick. 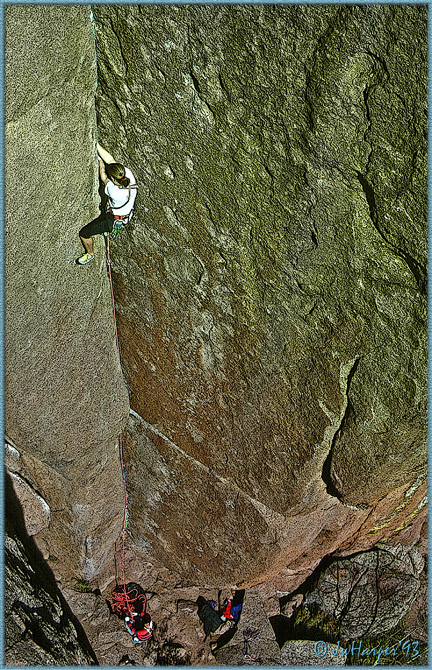 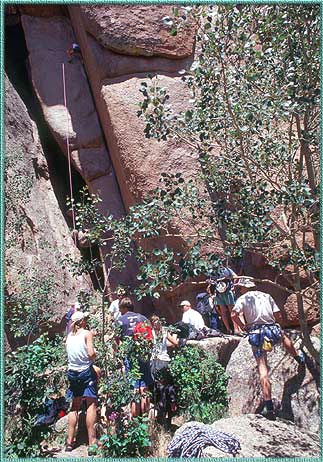 Where is it anyhow? 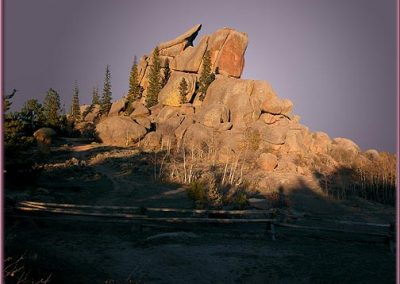