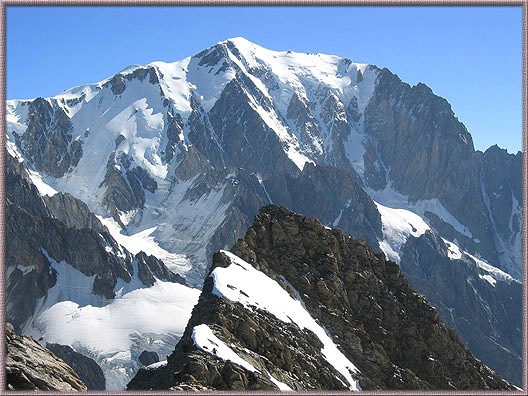 Chamonix, France has long been famous for some of the best skiing in Europe, as well as for being a mecca for alpine mountaineers. It is the European playground for almost all types of outdoor extreme sports like paragliding, canyoning and especially climbing rock and ice at the highest levels. It is the fountainhead of legendary climbing on challenging routes such as the Petit Dru, the Grand Jorasses, Aiguille Verte and of course, Mt. Blanc (the highest point in Europe at 4807 meters). It was the latter mountain that drew us to this spectacular place.

The Aiguille du Midi is a waypoint from the valley far below to the alpine playground high above. The spectacular cable car was constructed in 1955 and was then the highest cable car in the world. Once the top is reached, a vast expanse of huge spikes, spires and peaks jut out of the perpetually glaciated terrain. Near vertical drops of thousands of feet await a singular misstep, and crevasses are ever present.

Once out on the snowfields, crevasses are only one of the multiple hazards encountered. We actually took part of one day to rehearse crevasse rescue techniques. The Dent du Geant is prominent in the background as is the ridge leading to the Grand Jorasses.

One should be very accustomed to good crevasse extraction technique before venturing into this place of continuously occurring hazzards. Snowslides and avalanches are common. One day a huge avalanche cut loose on Mt. Blanc du Tacul and we witnessed the burial of 12 climbers while others scurried to safety.

** See REFERENCE BOOKS on this most unique place….. 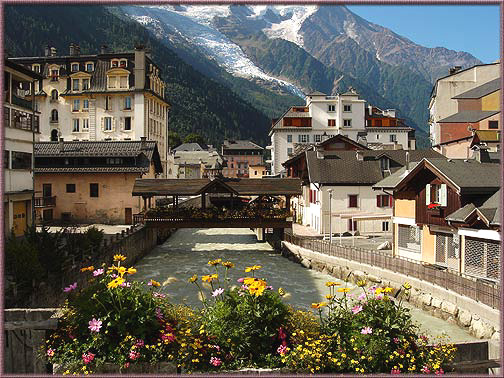 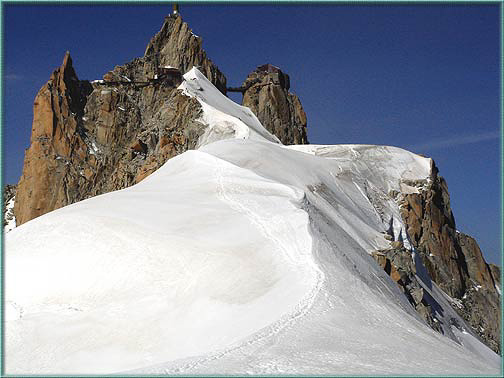 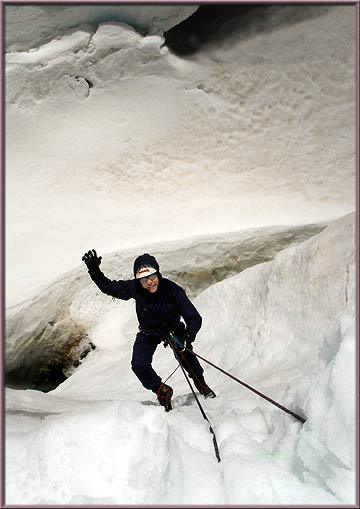 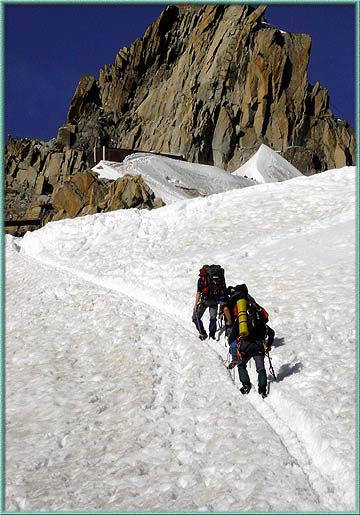 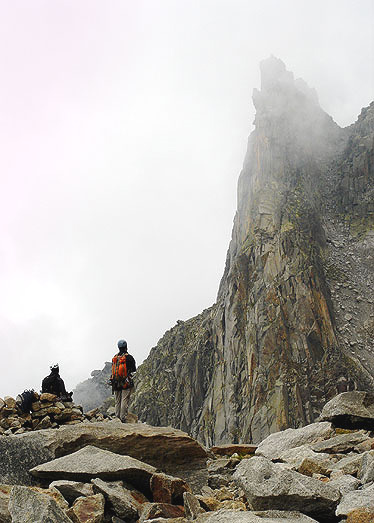 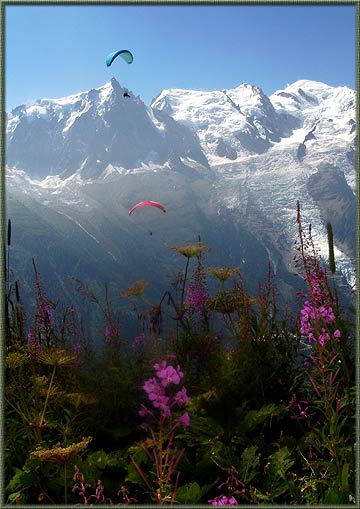