If one were standing near the entrance to the El Palanque Cavern and looking back towards the main road (ie looking roughly east), you would be looking at the Sierra De Guasasa Mogote and directly at the El Palanque Wall. We took an entire day to clear out the jungle-like growth next to the wall, so the base of the routes would be readily accessible. Each route is oe pitch, roughly 60 – 70 feet in height, and can be rapped with a standard 50 meter rope from top anchors. A ‘shelf’ underlies the wall above that must be climbed … essentially the routes begin at the base of this 15 to 25 foot high ‘shelf’. The topo shows the routes on the wall left to right.

Descent: Double Fixe Ring rap anchors (indicated by asterisks) are at the tops of the routes except #6 which has one ring and a thread. The first shot below is Viti “pulling down” on Allez, the second is a topo of the El Palanque Wall, and the third is a shot of yours truly doing early work on Confiscado in 1998. (Thanks to Craig Luebben for the two photos shown here.) 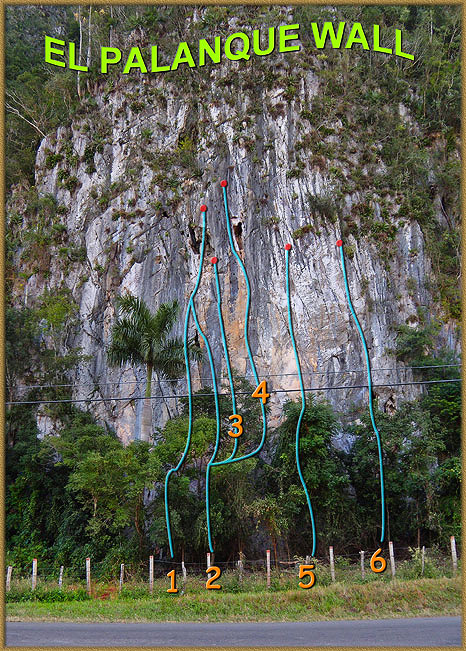 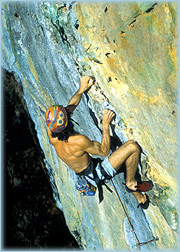 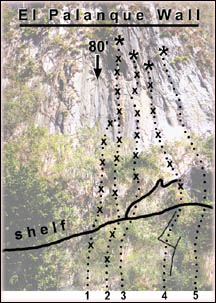 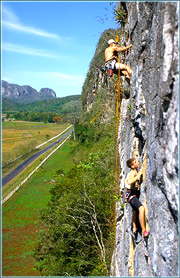