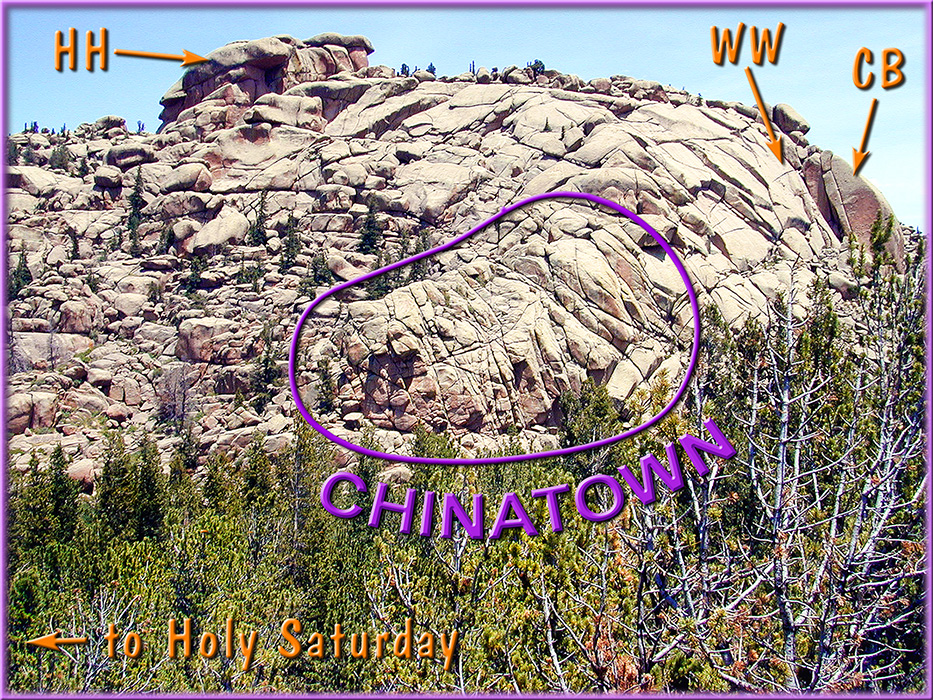 Go to the (West) Turtle Rock Trailhead, take the trail and go through the gate. Chinatown is approximately 200 yards down the trail on your right. A couple of these routes have been climbed in the past, but none have been documented for the public until now. If its windy, these climbs will be windy. Otherwise, this is a truly pleasant hideaway that is not frequented …. YET !!

DESCENTS: You can descend from all climbs using the rap station/anchors at the top of ‘Shanghai’d in Chinatown’. A single 50 will get you down. You can also downclimb & walk off the backside of the formation. 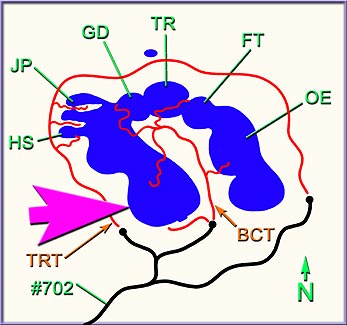 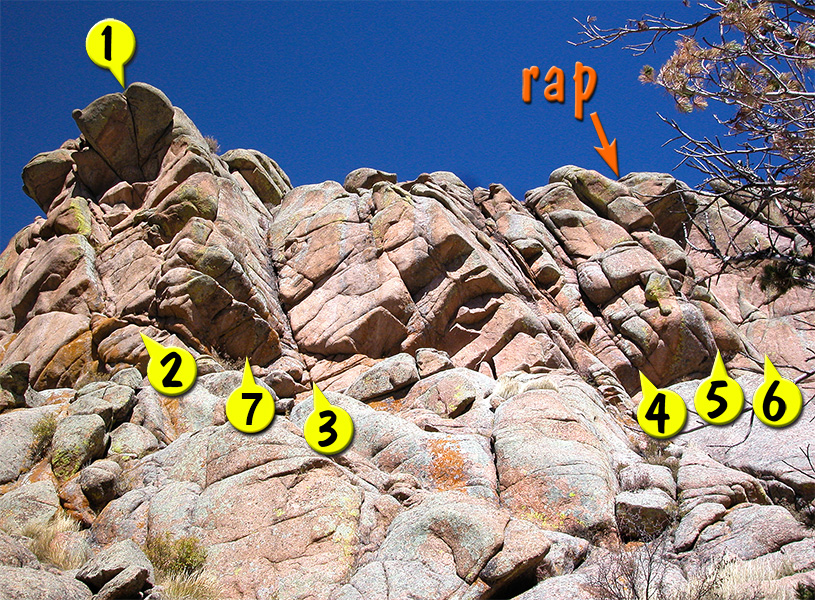 1.) Yasha Hai 13a This climb is NOT in the Master Blaster Area as reported elsewhere. Found here in Chinatown, a distinctly different formation lying adjacent to the Turtle Rock Trail, it’s a fingerblaster of a crack that splits the prominent overhanging roof seen above (*NOTE:  see image to right: 1=Yasha Hai, 2=Silk Road, 7=Ming Dyno). It was done in (‘about’, P. Piana) 1979 by a Japanese climber (not Suzuki) who built models of the roof after he had first seen it and subsequently trained for it. He came back and did it, complete with documenting photos, etc. It has not been repeated except on aid since that time. One can still find old pins and anchors at a belay stance underlying the roof. Climb #2 until you can move right under the roof. Find old belay set up and/or belay on your own gear (much better). Then go for it – if you think you can !! NOTE: 2nd ascent by Mason Earle. Big congrats Mason! You are now part of Vedauwoo history!! (See the video in the INTRODUCTION next to ‘Hand and Finger Cracks’. Darn fine video Mason!!)

3.) Confucious Sez 5.7 (mostly 5.6) Climbs like a gym climb, eats pro, goes all the way to the top of the formation where there is a convenient stone belay seat. Do it in one or two pitches. (Harper and Schmidt, ’94)

5.) Grab Your Ghengis 11b Yes, its hard – offwidth that is. Dicey start in an open book. This one will try like hell to spit you out …. continuously. (Harper and Johnson, ’96)

6.) Shanghai’d in Chinatown 10b Left facing dihedral corner, traverse (crux) somewhat before the roof or you’ll get shanghai’d for sure. Belay at either the rap anchors or about 20′ above them on gear. (Harper and Lossner, ’93)

7.) **NEW ROUTE:  Ming Dyno 11b Out Left of #3, Definitely gymnastic with a somewhat runout start. You can’t miss it. it consists of two consecutive overhanging roofs, a great heal hook roll and easier hand/finger crack to top (*NOTE: see image above and right). Still dirty and has seen just a few ascents (Harper and Schmidt, ’03)

DESCENT: Rap off #6 anchors, or scramble down the backside. 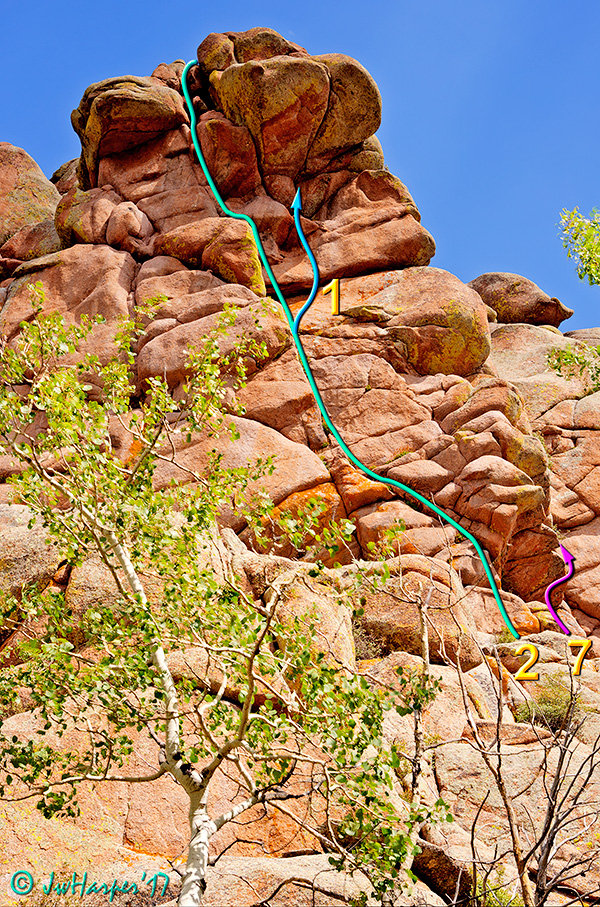 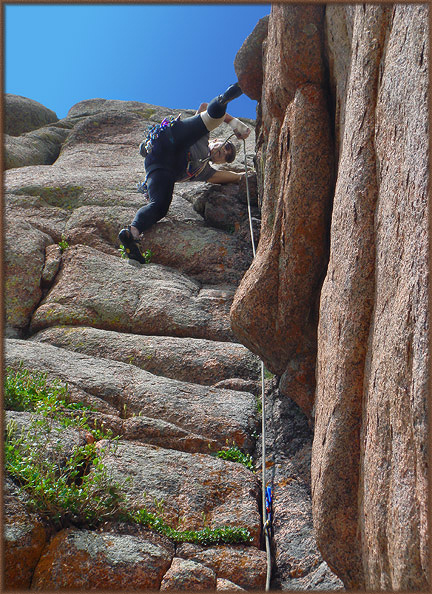