*2002 An abbreviated, yet technically very skilled version of the Vertical Dance Festival was held . . . 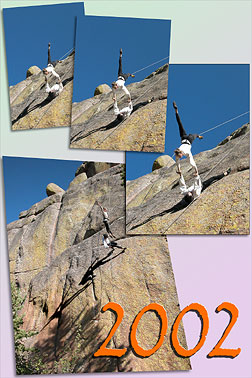 ……on the north face of “Blair Three” at Vedauwoo

on September first. There was even a

While Vertical Dance is difficult enough in the daylight hours in outdoor settings, performing it after dark high on a rock face with spotlights illuminating the scene requires not only major talent, but extreme confidence in one’s abilities. Also note that these two highly skilled ‘mentors’ of the Vertical Dance Curriculum at The University of Wyoming are performing an INVERTED BALLET while suspended by a thin rope 100 feet above the ground !  I needn’t say more than watching this was breathtaking and it definitely created a very unworldly spectre. A photograph that I managed to catch of this scene is on the left, and the performers of this spectacular event (Neil Humphrey and Margaret Wilson) are seen on the right following this nearly unbelievable dance in the dark. I know the audience was overjoyed seeing them back on level ground afterwards. It was quite a thrilling night. 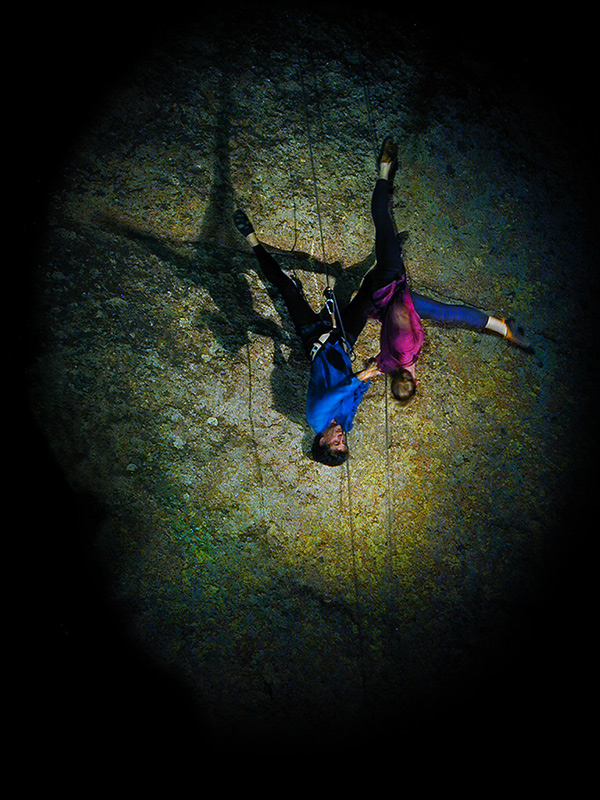 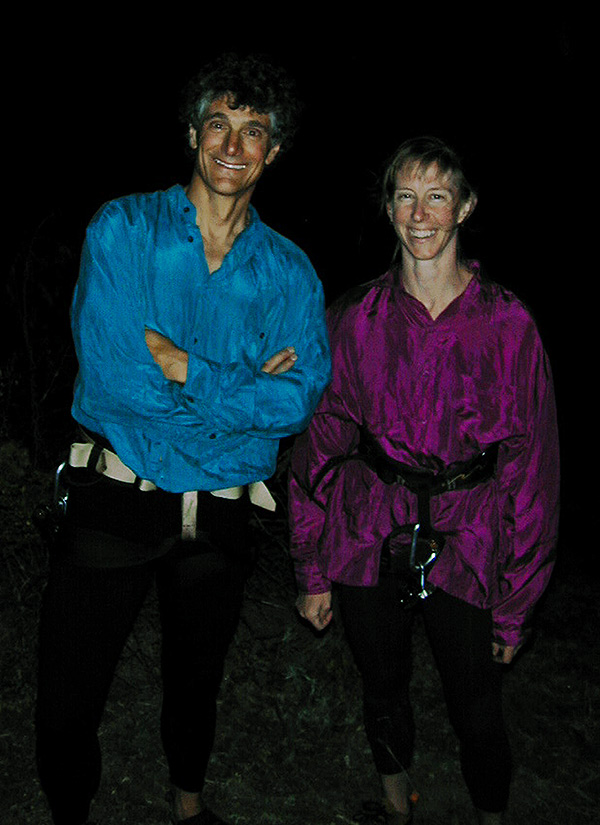